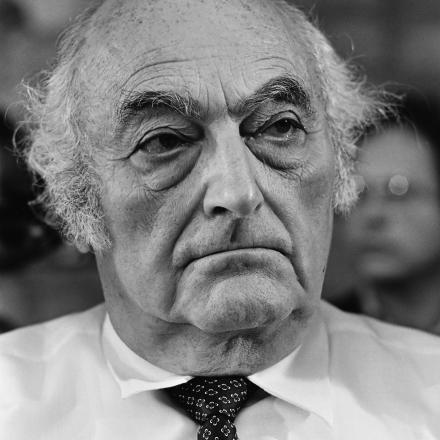 The project consists of a digital, annotated, historical-critical edition of the novel “Ahasver” by Stefan Heym. It is considered a pilot project for a digital historical-critical complete edition of the novel. The unique legal situation and, thus, the possibility of the extensive use of the estate material as well as the working library (which is accessible for the first time) provide the opportunity to present a contemporary author of cultural and socio-political significance in this way for the first time.

Born in Chemnitz as the son of a Jewish businessman, Stefan Heym began working as a journalist at an early age. Due to the political events of 1933, he fled to the USA via Prague. Fought for the US armed forces as a sergeant in the Allied Invasion of Normandy, but left the United States in protest against the Korean War in 1951 and settled in East Berlin in 1952. Initially celebrated as a publicist, he was expelled from the GDR Writers' Association in 1979 and since then, he lived in constant confrontation with the apparatus of power.

In “Ahasver”, Heym recounts the myth of the legend of the “eternal Jew”: Because he does not let Jesus rest on his doorstep on the way to the crucifixion site, Ahasver, the shoemaker from Jerusalem, is cursed to wander around the earth restlessly until Jesus' return. The novel “Ahasver” was published in 1981 for the first time by the Bertelsmann Verlag (just in time for the Luther year). A translation by Heym himself followed in 1983 at Holt in New York. Due to a publication ban, the text was only printed in the GDR a year before the fall of the Wall at the publishing house “Der Morgen” and a year after the fall as a licensed edition by the publishing house “Volk und Welt”. Like most of Heym's other works, “Ahasver” (with the exception of the GDR publications) was printed in all new, work and paperback editions, identical to the first edition without any changes. Furthermore, the text has not been provided with paratextual additions such as a foreword or afterword or a commentary apparatus in any edition so far.

The pre-mortem bequest (›Vorlass‹), which Stefan Heym donated to the Cambridge University Library in 1992, comprises around 300 archive boxes with manuscripts, preliminary studies on literary texts, audio and video tapes, reviews, newspaper clippings as well as leaflets and letters. The considerations of bequeathing his archive abroad reached back to the 1980s, when Heym feared that his ›papers‹ would disappear due to the GDR regime in the event of his death (cf. Zehl-Romero 2003, 396). If one looks at the research literature on Heym's works that has been published since the archive material was accessed, i.e. since the mid-1990s, it is noticeable that the material available in Cambridge was hardly taken into account. If you look specifically at the research on Stefan Heym's novel “Ahasver”, it is easy to see that some questions or speculations regarding the sources Heym used for his text can be answered, if you looked for the answers in the Cambridge Archive.

Worldwide availability, searchability and multiple perspectives for the Heym`s works

Systems such as the “Research Network and Database System” (FuD) produced by the TCDH together with the Research Center Europe and the Collaborative Research Center 600 and the Transcribo tool for interactive transcription of manuscripts and typescripts developed as part of “Arthur Schnitzler digital (ASd)” are of particular interest for the Heym Edition. With regard to the online publication of the results, modules such as those developed for ASd can be used immediately by using the same basic technology.