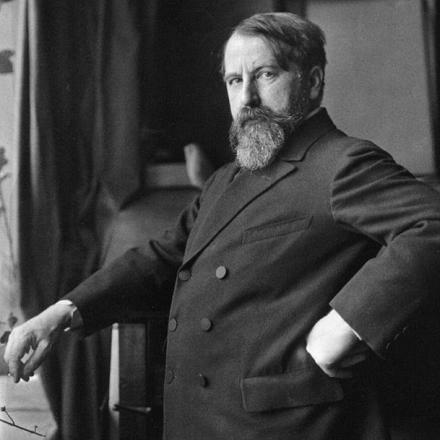 The bi-national research project "Arthur Schnitzler digital. Digital historical-critical edition (works 1905 to 1931)" is published by scholars at the Bergische Universität Wuppertal, the University of Cambridge, the University College London and the University of Bristol in cooperation with the Cambridge University Library, the German Literature Archives Marbach, the Arthur Schnitzler Archive Freiburg and with the Trier Center for Digital Humanities. The German sub-project, founded in early 2012 and financed by the Union of Academies, deals with the works from 1914 onwards; the British sub-project funded by the Arts and Humanities Research Council (AHRC) started work in early 2014 and deals with works from 1905 to 1913.

The aim of the project is the development of a digital historical-critical edition and its publication within the framework of a publicly accessible online platform hosted by the Cambridge University Library. In contrast to other representatives of Classical Modernism, the works of the great Austrian writer Arthur Schnitzler (1862–1931) have not been available in a scientific edition yet. While works from the early creative period (up to 1904) appear as a historical-critical book edition (and as an eBook) as part of a Vienna project funded by the FWF (de Gruyter 2011ff.), the project aims to use the media-specific possibilities of a digital edition for the presentation of the works from 1905.

Taking into account the extensive estate material that was saved and brought to Cambridge in 1938 (and today mainly stored there, to a lesser extent in Marbach and occasionally elsewhere), the research project will offer insights into the working methods and production-aesthetic principles of an author who has helped to shape the entire epoch of Classical Modernism (approx. 1890–1930) from its beginnings to its end with extremely diversive literature and high sensitivity for its problems and contraditictions.

The TCDH is responsible for setting up the research portal, which - for the first time - will virtually merge the physically separated archive holdings and combine the functions of a digital archive and an edition. All material that has come down to us - manuscripts and typescripts - is digitally reproduced, transcribed and made accessible through comments, registers, etc. By means of different text views (diplomatic transcription, genetic-interpretive reconstruction, reading version), a multi-perspective edition should be created that takes into account the dimensions of 'textuality' and 'materiality' equally. In addition, the digital medium will open up the possibility of writing processes that are typical of Schnitzler's working method - some of which run over several decades - with their complex branching of material across text and genre boundaries in their systemic character and in their interdependence by means of representing the hypertextual structures and non-sequential order patterns in an adequate manner.

The TCDH provides the technical infrastructure for working on the edition. Based on the Virtual Research Environment FuD, an evidence database was created, which also contains a recording system for cataloging and metadata description of the digitized material. The focus of the IT work carried out by TCDH researchers is the development of a range of tools that support all the steps involved in the edition. This includes in particular the interactive tool "Transcribo" for the manual creation of transcriptions and for differentiated text markup, which also includes the description of the writing process. Suitable tools for collation as well as the creation of comments and registers have also been developed. The Cambridge University Library is responsible for the final creation of the online publication. This also ensures the long-term maintenance of the portal and its permanent supply as open access.

Workshop: Transcribing with the software Transcribo

Online Availability of the Digital Edition of "The Comedy of Seduction" by Arthur Schnitzler in Version Beta 2.1 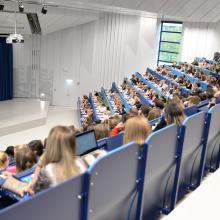 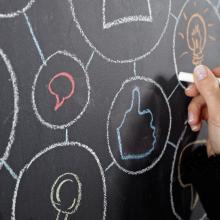