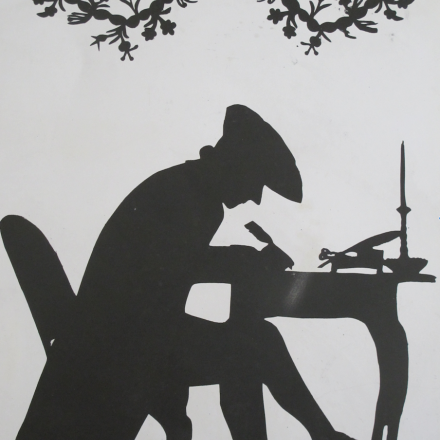 Johann Caspar Lavater (1741-1801), born and died in Zurich, was one of the most colorful figures of his time as an author, theologian, philosopher, physiognomist and preacher. The ten-year project Johann Caspar Lavater: Historical-Critical Edition of Selected Correspondence (JCLB) will bring out a hybrid edition.

In addition to a print edition with selected correspondence (including with poets, theologians, artists, educators, natural scientists and aristocrats), a digital edition is being created which, on the basis of this representative selection of letters and including all letter metadata, creates the complex structure of an international European network of correspondents visualized in an innovative way. With the processing of the digital copies and the letter manuscripts (provided with the necessary metadata), the prerequisites for the investigation of knowledge networks are created in the second half of the 18th century.

An extensive work is being digitized

Lavater wrote over 400 works, including the Swiss Songs, Prospects for Eternity, the Secret Diary, From an Observer of His Self, the gigantic work of Physiognomic Fragments as well as numerous theological, educational and philosophical writings. In addition, Lavater was part of a wide-ranging communication network: with over 20,000 letters to more than 1,800 addressees, he participated extensively in the letter culture of the 18th century. A digital recording and indexing of all letters from and to Lavater therefore benefits science across disciplines. The edition, thus, provides decisive impulses not only for future Lavater research, but also for the knowledge culture and knowledge structure of the Enlightenment - Lavater is considered one of the most complex personalities of his time.

The Trier Center for Digital Humanities supports the project with the digital edition and visualization of the correspondence network. For the editorial scientific work, the TCDH will set up the FuD instances and adapt the virtual research environment FuD to the requirements of the Lavater project. In the contemporary UX design, a research platform is being designed and implemented in Trier in terms of design and technology, which maps the letter inventory. The users can use it to access handwriting facsimiles, full-text digitized copies of the prints, transcriptions of the letters as well as registers and data of the correspondent. In addition, the TCDH is developing interactive visualization modules - such as dynamic network representations or geographical maps, which show the social, spatial and thematic intensity and density of Lavater's network across Europe. Personnel and communicative structures become visible and the researchers can visually relive when Lavater, for example, exchanged information on various topics with his correspondent at certain locations.

The digital edition will be available to researchers and the general public as an open access publication. After completion of the project, all database contents are exported in XML format in accordance with the international guidelines of TEI-P5 together with METS / MODS-based codings of the metadata and can, thus, be archived in a sustainable manner.