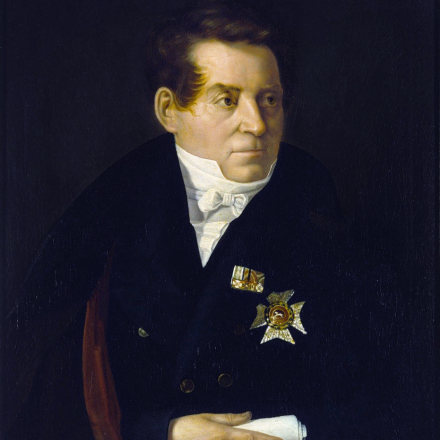 Website of the Project: August Wilhelm Schlegel: Critical Edition of the Lectures

Since the incomplete edition of Eduard Böcking in a total of 16 volumes from 1846/47, August Wilhelm Schlegel (1767-1845), one of the most important authors of German Romanticism, has not had a complete edition, let alone a critical one. The aim of the project was to remedy this deficiency for at least one group of works and to complete the critical edition of Schlegel's lectures with the edition of volumes IV-VI (of 6). (Vol. IV: Lectures on Dramatic Art and Literature [1809-1811], Vol. V and VI: Bonn Lectures [1818-1845])

Use of the virtual research environment

The edition was created in close cooperation with the TCDH Trier. The common working platform is the virtual research environment FuD developed in Trier. Various subtasks for setting up a project-specific research environment were carried out by the TCDH team: First of all, the conception and construction of a central evidence database and the use of a standard metadata scheme. In addition, the data that had previously been digitized by a service provider in China using the double keying process was imported to FuD and labeled and later linked with the digitized handwriting. FuD also served as a working environment for the preparation of the manuscript transcriptions and the edited text.

The scans of the manuscripts were made available online in advance as part of the “Digitalen Sammlungen” in cooperation with the Saxon State Library - State and University Library Dresden (SLUB), where Schlegel's estate is located.

On his 250th birthday, the exhibition "August Wilhelm Schlegel: Aufbruch ins romantische Universum" was dedicated to the outstanding author of German Romanticism. It was first shown from September 6 to November 12, 2017 in the Goethe-Haus in Frankfurt and then moved to other cities. Part of the exhibition was an interactive visualization of Schlegel's letter network (1767–1845), which was developed by the Trier Center for Digital Humanities (TCDH).

The exhibition was supported by the DFG project Digitization and Electronic Edition of A. W. Schlegel's Correspondence, in which the TCDH was involved, and funded by the Aventis Foundation. Several blog posts accompanied the opening as workshop reports. In the first article, an installation on Schlegel's communication network was presented as an important part of the exhibition.

Visitors were able to discover his correspondence on a touchscreen and find out which national and international personalities the writer was in contact with at what time. It not only becomes clear which topics Schlegel was enthusiastic about, but also the great importance of communication and intercultural exchange for his work.