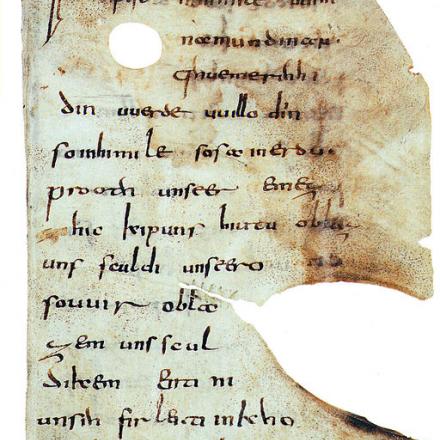 Website of the Project: The Old High German Dictionary

The aim of the “Old High German Dictionary” was to record and make accessible the entire surviving vocabulary of the earliest attested German from all types of text. It strived for the greatest possible depth of processing and comprehensive information on all language-historical questions in order to provide the historical lexicography of German with a fundamental, digitally available, long-term research tool.

The Online Version of the Dictionary was Created at the TCDH

The “Old High German Dictionary” is laid out in ten volumes. The current publication status is listed here. Volumes I to IV are available as a Reprint. The team of TCDH (Alexander Trauth) developed the Old High German dictionary from the technical side, systematically marked the texts in XML according to the guidelines of the TEI, prepared them for diverse and cross-departmental research and analyzes with additional metalinguistic annotation, and developed a graphical user interface that enables diverse user interactions. The Transcribo tool developed by TCDH was used for the retrospective linking of manuscripts and transcriptions, as well as TUSTEP for the semi-automatic XML labeling of the data. After the data was transferred to the network of Middle High German dictionaries, the "Old High German Dictionary" has been available online since March 31, 2017 in the "Trier Dictionary Network". The online edition follows the deliveries with an interval of three years. With the exception of a few letter corrections, it is identical in printing and can be cited using the number of volumes and columns.