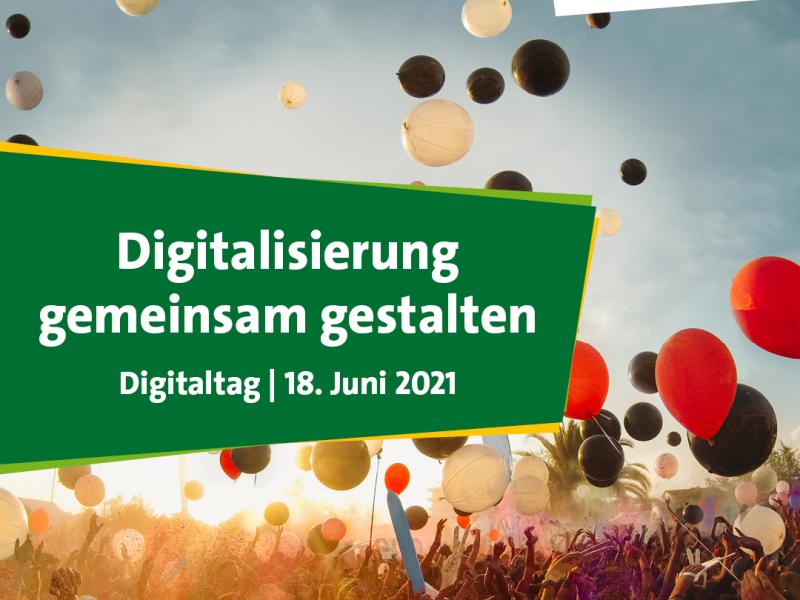 The identification code is 2mXHFJnX.

zur Veranstaltungsseite
https://digitaltag.eu/
We would like to take a broad, interested audience of all ages on a digital journey through the world of words and their history with the help of the Trier "dictionary network" in the form of three "digital appetizers": three online discussions, each lasting 15 to 20 minutes.

Since when has the word “cider” actually existed - and what is the significance of the “cypress branch” in literature? Which words were used daily in earlier times, but have fallen into disuse today? And which words have changed their meaning over time in such a way that they mean something completely different nowadays than they used to? Are there words that some people consider to be superfluous innovations, when in fact they have been around for a long time?
Finding out sometimes required more effort in the past. For example, the dictionaries needed may have been located in libraries far away, and it was not at all easy to access them all at the same time. Today, it's much easier: digital technology makes it possible to find clues to the right answers in an uncomplicated way.
In the Trier “dictionary network” one can search in more than 30 important dictionaries at the same time - including the German dictionary by Jacob Grimm and Wilhelm Grimm - and thus track a keyword in several reference works. The dictionary network receives an average of 300,000 hits per month. It is freely accessible on the Internet and is continuously supplemented with additional sources. In addition to the aforementioned Grimm dictionary, the dictionary also includes the Goethe dictionary, regional dictionaries and dictionaries on German language history, as well as special dictionaries such as the dictionary of the German winegrowers' language. The dictionary network was developed at the Trier Center for Digital Humanities at the University of Trier and will be relaunched on June 18, 2021.
We would like to take a broad, interested audience of all ages on a digital journey through the world of words and their history and present selected examples of what can be found out in the dictionary network: How, for example, can questions around the topic of "gender and language" be discussed in a well-founded way with the help of the dictionary network? Is gender-appropriate language really as new as many people think? What can I learn about Goethe's words here? And what can I learn about dialects in the dictionary network, what about the language of wine growing in Germany? To this end, we would like to integrate another project that is being developed in Trier: “Wine Labels in Transition”, which digitizes historical wine labels of the Moselle region and, among other things, reappraises their linguistic aspects. We are planning three “digital appetizers” on these questions on June 18, 2021: three online discussions, each lasting 15 to 20 minutes. We will invite selected experts to discuss these and similar questions with us and the audience.
We would also like to show the advantages of using digital tools developed by the scientific community and how easy they are to use. We are working in the “Digital Humanities”, which is about developing digital methods for the humanities in order to facilitate access to our ideas and findings not only for scholars, but also for a broad audience.

Keywords: Dissemination and Community Building in the DH, Science Communication and Knowledge Transfer