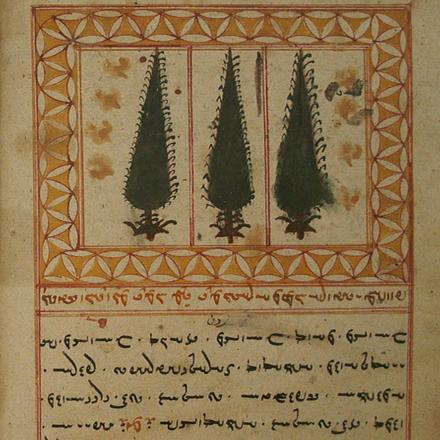 Website of the Project: MUYA The Multimedia Yasna Project

Zoroastrianism is one of the oldest religions in the world still practiced today. The religion developed in prehistoric Iran, presumably in the 2nd century BC. Today, the denomination has just about 130,000 members in both Iran and India.

The most significant primary source of Zoroastrian religion and culture is the Avesta, a collection of sacred texts and secular rituals. Its core is the Yasna which includes liturgies with ceremonials and recitations. Furthermore, the Avesta is the oldest existing source of one of the Old Iranian languages, hence called Avestan.

Until now, the Yasna as a text has only been researched by philologists, linguists, and cultural historians; a leading edition of the manuscript is more than 100 years old and does not fulfil modern academic standards. Additionally, there are but a few descriptions of the Yasna as a manual for ritualistic practices. An effort to systematically explore the relationship between its textual form and ritual acts has not been made at all.

The project Multimedia Yasna aims to close these research gaps with methods from the field of Digital Humanities, editing the Yasna as a textual and literal source on the one hand and analysing its ritual implications on the other hand, enabling researchers to evaluate the Yasna as a ceremonial medium.

The Multimedia Yasna project aims to close these research gaps using digital humanities methods by editing the Yasna text as a literary source on the one hand and analyzing the ritual procedures as such on the other, in order to then focus on the Yasna ceremony as a whole.

In addition to the editorial work, the training of Zoroastrian clergy in Indian and Iranian priestly schools was investigated through field research. A film was made documenting the complete Yasna ritual with the transcribed text as a subtitle. Results will appear in an online multimedia edition as well as a printed critical edition, paying tribute to this important cultural heritage that is in danger of slowly disappearing.

The TCDH supports with its expertise

For the creation as well as publishing of the print edition and the internet platform, already existing digital tools should be further developed. Based on the Workspace for Collaborative Editing, which was developed from 2010 to 2013 by the Institute for Textual Scholarship and Electronic Editing (ITSEE) Birmingham, the Institute for New Testament Text Research (INTF) Münster and the Trier Center for Digital Humanities (TCDH), individual software modules were adapted to the requirements of the MUYA project. Martin Sievers took on the task of modifying the web-based graphical online transcription editor (OTE) of the workspace. Furthermore, he designed and implemented an XML-based workflow for the final print publication.