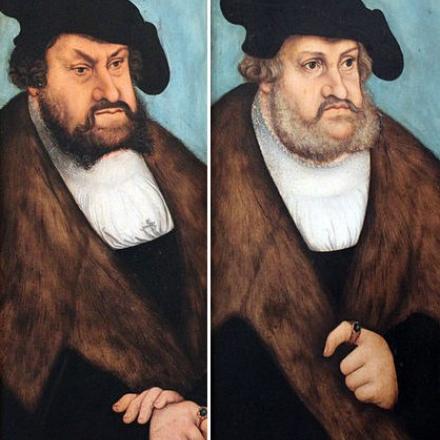 Elector Friedrich the Wise and his successor Johann were key figures in the early history of the Reformation. As state rulers of Martin Luther, they created the political framework for the expansion and consolidation of the Wittenberg Reformation in Central Germany, which was ruled by the Wettin dynasty, and beyond. The edition project makes the ecclesiastical political files of these two outstanding Reformation princes accessible for the first time in a printed and an electronic version for ecclesiastical and general historical research.

The Importance of Correspondence and Sovereign Orders

Particular attention will be paid to the question of the interdependency between the implementation of the Reformation and the state formation and their promotion of each other. The temporal limits of the intended edition are on the one hand the year 1513 - the internal division of the country (mutation) between Friedrich and Johann - and on the other hand the year 1532 - John`s death. This timeframe allows a longitudinal analysis covering the period before Martin Luther's public appearance as well as the transition from a decentralized development of the Reformation under Frederick to a governmentally directed Reformation under John that spread across the Holy Roman Empire and Europe. Correspondences and the decrees of the state rulers were the main results of these transformation processes.

The Hybrid Edition is Created in the TCDH

Based on a project-specific instance of the virtual research environment FuD, the sources were systematically inventoried with the associated metadata, registers were created and selected full texts were transcribed. With the help of the FuD analysis components, among other things, specific occurrences in the transcriptions are linked to the registers and the texts are made accessible through textual criticism and factual comments. In addition, Martin Sievers developed a project-specific LaTeX template for a PDF print version of the documents, which is stored directly in FuD. On the basis of the raw data, he prepared the print-ready publication of the first volume for the publisher. As a further part of the hybrid edition, Radoslav Petkov designed and implemented an online publication environment that transfers the data managed in FuD into a digital edition. It provides users with a modern view of documents that have already been made accessible.