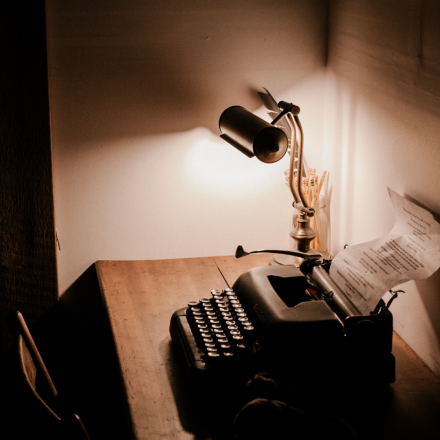 The project funded by the German Research Foundation “Wolfgang Koeppens Jugend – Nachlasserschließung, textgenetische Untersuchung, Digitalisierung und Edition”, from 2011 to 2015 by Prof. Dr. Eckhard Schumacher, headed, was supposed to clarify fundamental questions about the writer's late work, especially about the genesis and publication history of Koeppen's prose text “Jugend”. The results of the project work were presented in summer 2016.

The focus of the project was Wolfgang Koeppen's prose volume Jugend (1976), which is one of the late works by the Greifswald native. So far, the origin of this text, the circumstances of its publication and its significance for Koeppen's oeuvre have been largely unexplored. This mainly affected more than 1,500 typescript pages with notes, fragments and deviating drafts from the writer's estate.

In cooperation with the TCDH, a digital “text genetic edition” was created as part of the project work, which was activated on June 23, 2016, on Koeppen's 110th birthday. The "Text Genetic Edition" of Jugend, edited by Katharina Krüger, Elisabetta Mengaldo and Eckhard Schumacher, was published online by Suhrkamp Verlag. Innovative research and visualization functions make it possible to make Jugend readable on the screen in a new way for those interested in Koeppen as well as for research. With a click, contexts of development, the context of the late work and the embedding of young people in the previously unpublished estate can be experienced.