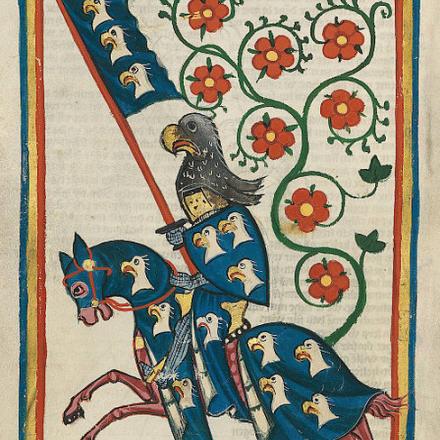 The aim of the Hartmann-von-Aue portal was to build a platform that can serve as a starting point and basis for any philological study of Hartmann's works. The focus of the concept was therefore the text and its transmission, as well as the basic tools for their digital processing. The data was processed using modern database technologies based on XML.

The resources made available on the Internet for each individual work by Hartmann should initially consist of high-resolution color facsimiles of the manuscripts and fragments as well as their diplomatic transcriptions, i.e. the basis for the creation of a critical text.

Further information on the “Hartmann von Aue Portal” can be found in an article by Roy A. Boggs and Kurt Gärtner under the title „Das Hartmann von Aue-Portal. Eine Internet-Plattform als Forschungsinstrument“, in: ZfdA 134 (2005), pp. 134–137.