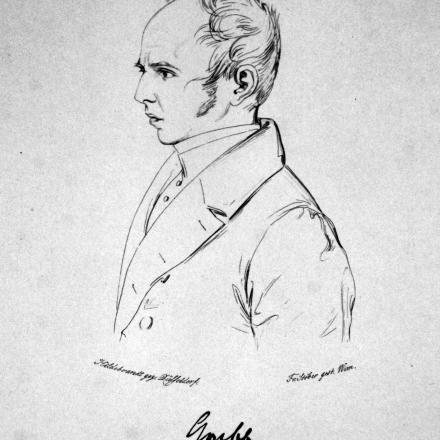 Christian Dietrich Grabbe (1801–1836) is, along with Kleist, Büchner and Nestroy, the only German-speaking playwright of the first half of the 19th century who has had a national and international impact up to the present day. He himself staged his unrestrained life as a corrosive alternative to the bourgeois existence of his time. His complex work deliberately went beyond all principles of form and content that had been valid until then. Grabbe is mutually regarded as a "dramatist of unsolved contradictions" (Roy C. Cowen), as a "classic ex negativo" (Olaf Kutzmutz) and as a "genealogist of anti-humanitarianism" (Carl Wiemer) - these are the titles of recent monographs about this bold innovator and brilliant loner - and belongs “undoubtedly to the great experimenters of world dramatic literature” (Ladislaus Löb). His tragedies reduce the belief in a moral world order to absurdity; they rage against any form of a metaphysical worldview in a world that is consistently experienced as material and brutally reveal the bestiality of human existence. In the radicalism of his strikingly disillusioned image of man, Grabbe became the forerunner of a modern worldview, in the modernity of his theatrical means at the same time the author of a poetics of the avant-garde and the pioneer of modern drama. His provocative plays are able to fascinate and irritate the audience to this day.

A digitization of this oeuvre by Christian Dietrich Grabbe (1801–1836) on the basis of modern data standards (TEI / XML) forms the fundamental component of the Grabbe portal and opens up new possibilities for researching German theater conditions in the first half of the 19th century. The six volumes (approx. 4,400 pages) of the historical-critical complete edition of the works and the correspondence of Grabbe, published between 1960–1973, edited by Alfred Bergmann (GGA), have been the basic, scientific edition since their publication over 35 years ago.