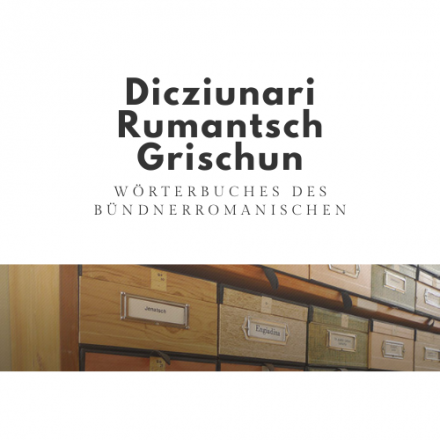 The DRG is the largest encyclopedia on Romansh of the Grisons, a Romansh language threatened with extinction, which is only alive today in the Swiss canton of Grisons. Founded in Chur in 1904 by the Societad Retorumantscha and the Indo-Europeanist Robert von Planta, the dictionary covers the entire Romansh vocabulary with all its dialects that has been handed down since the 16th century. The aim of the project is to create the digital dictionary of Romansh of the Grisons.

The TCDH is implementing the retro-digitization of the 13 volumes published so far with an external service provider in China and is performing the XML labeling of the dictionary articles on site in Trier, in accordance with the international TEI standards. This created the basis for making the DRG freely available as an online dictionary and linking it to other dictionaries on the Internet. A Romansh television team accompanied the work for a documentary on the Romansh dialect dictionary and shot on 02.02.2017 at the Trier Center for Digital Humanities (TCDH). A 25-minute documentary 2018 was broadcast on RTR to match the online DRG.