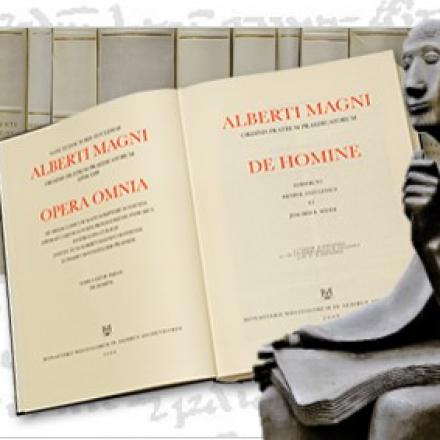 Albertus Magnus worked in many ways during his time: as a religious and preacher, as a superior, as a bishop and as a peace broker in his city of Cologne. The overall plan of the edition includes more than 70 works by Albert, which are to appear in 41 volumes. The aim is to convert the critical work edition into a digital edition.

Together with the Albertus-Magnus-Institut Bonn and the Aschendorff-Verlag Münster, which publishes the edition, the entire text stock of the "Alberti Magni Opera omnia" was initially retro-digitized, marked in XML and transferred to an online publication.