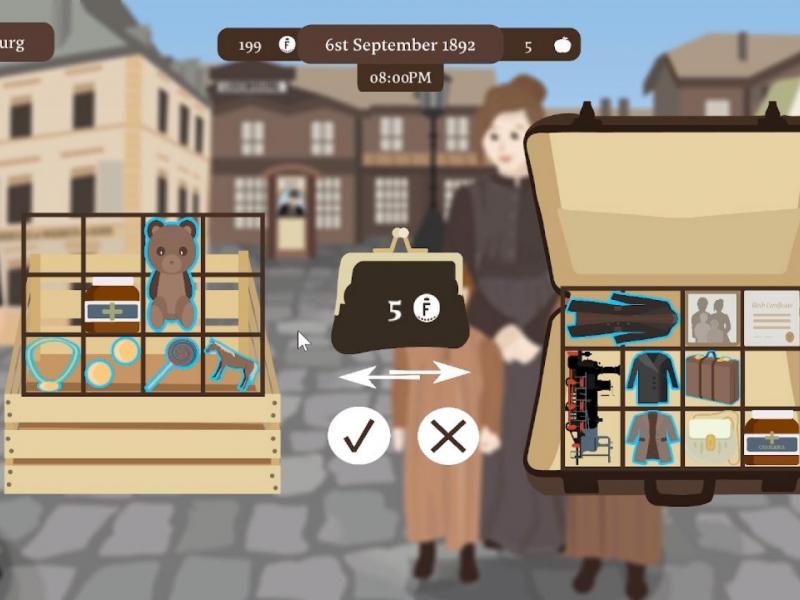 Projektseite
© Photo by Júnior Ferreira on Unsplash
The research colloquium of the TCDH, WS 2021/22 will be opened by Marie-Paule Jungblut (Luxembourg) with the presentation of the project "Migrants' chronicles 1892".

The goal of the project Migrants’ chronicles  1892 is to create a digital educational game about the migration of Luxembourgers to the United States in the 19th century for use in schools and museums. Its aim is to pass on the memory of Luxembourg emigration to young people, ages 11-13. Young people, ages 11 and 13 years are digital natives. For some, the game will build upon knowledge previously acquired from books and school lectures. For students, who do not learn from traditional academic approaches, the immersive game will open the door to new forms of learning. If successful, the project represents more than a stand-alone effort. Rather, it may show a way to enabling school children to take charge of their own learning as an active process. Our game can serve as a template that can accept a variety of content of other historical situations.

In the 1st part of the session Marie-Paule Jungblut, who is the project manager of the game, will present the demo of the game.

The Migrants’ Chronicles project is a collaboration between the Faculty of Humanities Education and Social Sciences of the Luxembourg University, the Cologne Game Lab,TH Köln, and the Humanities Center of Carleton College, Northfield, MN (USA) with the support of the Oeuvre de secours Grande-Duchesse Charlotte.

The audience is invited to read :