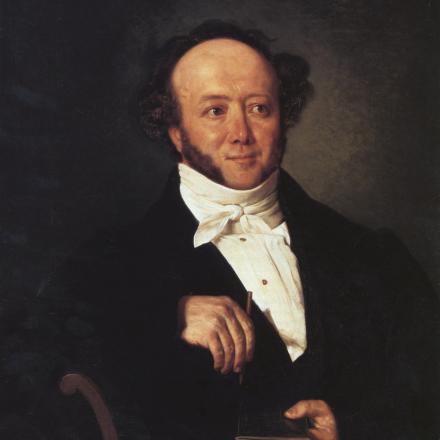 The aim of the project was the retrospective digitization and electronic publication of the 42 volumes of the 1911–1977 edition “Sämtliche Werke” (Complete Works) by Jeremias Gotthelf. The main motivation for this project was a new edition of the educational and political writings of Jeremias Gotthelf. In addition, the digital database, which was financed by the cantonal education department in Bern, was intended to be used to publish Gotthelf's “Sämtliche Werke”, which had been out of print for years, in DVD-ROM form for use in schools.

The TCDH is / was entrusted with the recording, labeling and electronic publication of the works. After the data had been recorded and corrected, a detailed document analysis was carried out and structuring instructions were drawn up based on this. On this basis, the markup for the 42 work volumes was carried out in accordance with the guidelines of the TEI. In addition to the XML markup, the additional information listed in the appendix was linked with the corresponding passages in the source text. After completing the labeling work, it was possible to mark over 75,000 internal references to the additional information listed in the appendix. The entire work of Jeremias Gotthelf was made accessible on DVD-ROM under a graphical user interface.

Two project modules were then submitted to the Swiss National Science Foundation for assessment and met with a positive response. On November 1, 2004, Christian von Zimmermann started working on the historical-critical development of the departments 'Sermons' and 'Calendar Papers' as part of a professorship at the SNSF (2004–2008). On February 1, 2005, Barbara Mahlmann was also able to start a three-year SNSF project for the historical-critical edition of Gotthelf's political and educational journalism. After the beginning of the two National Fund projects for a partial Gotthelf edition was announced to the interested public at a press conference in October 2004, there were increasing requests to the project managers - not least from the Education Directorate - to submit a comprehensive plan for an HKG.