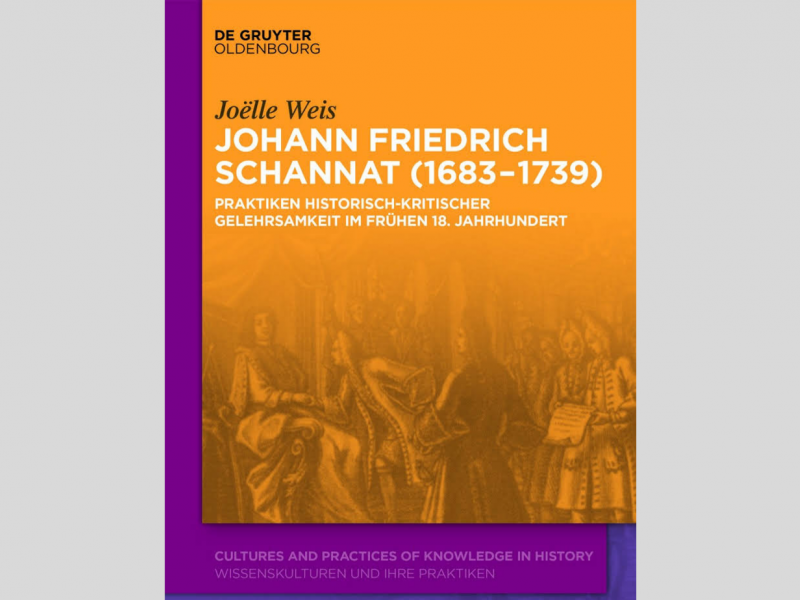 The Luxembourgish scholar Johann Friedrich Schannat ranked among the most distinguished Catholic historians of his time. If he increasingly sank into oblivion, it is a sign for an overall devaluation of historical-critical scholarship which was outshined by enlightened historiography. Schannat can thus serve as representative for a lost generation of historians for whom an independent examination of their works and methods is still mostly lacking.

Nevertheless, their work provides us with valuable insights into the political power play and precarious working conditions of the time. The historians often worked on a commission basis and the individual scholar became a specialist who was able to earn a living from his expertise in a distinct field. This on the other hand generated a learned market which strongly affected scholarly methods and the production of knowledge. Such a market can thus be considered one of the main characteristics of scholarship in the Holy Roman Empire in the first half of the 18th century.

The paper presents Schannat's learned practices in the light of these dynamics and discusses the political function and influence of these itinerant scholars who, engaging in paid polemics, were instrumental in fighting wars with words.

The network “Cambridge New Habsburg Studies” aims to promote Habsburg studies in Cambridge by exploring new approaches to the history and cultures of Central and Eastern Europe, including the new methodologies of gender studies and social history. The network offers scholars the opportunity to present their research on any aspect of Central and East Central European history and to discuss current debates within the field. It provides a forum in which Cambridge researchers can exchange ideas both with others in Cambridge and with visiting scholars, especially those from Central and East Central Europe.