Records of the Federal Cabinet Online 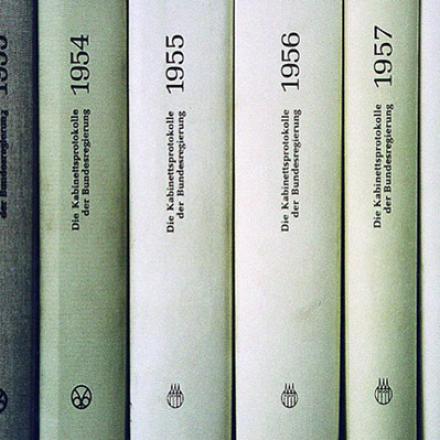 In 1973, the federal government commissioned the Koblenz Federal Archives to continuously and scientifically edit the records of their cabinet meetings, which had previously been treated as classified information. In the meantime, 20 volumes have been published covering the period from 1949 to 1963. The aim of the project was the retro-digitization of the existing printed volumes from 1949–1956 and the cabinet committee for economics 1951–1953 and the indexing of the data in the form of a digital edition.

The TCDH organized and supervised the retro-digitization of the printed volumes, which were only available in book form, and also took on the preparation of the data for integration into the online publication.