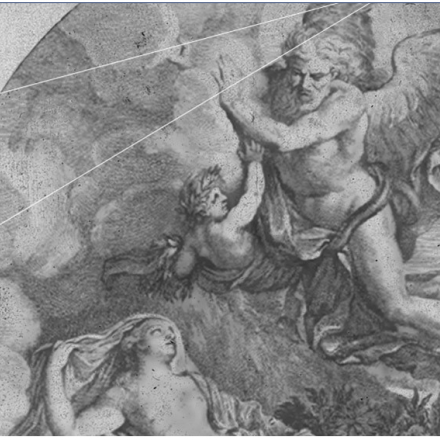 The LexArt project “Words for Art: The Rise of a Terminology (1600–1750)”, funded by the European Research Council, focuses on the study of the artistic vocabulary as it emerges north of the Alps in the 17th century and its development in the early 18th century. The project is based on a corpus of writings on art and art theory that were published in the north of Europe between 1600 and 1750 (France, Germany, the Netherlands and England), for example texts by Van Mander, Félibien, De Piles, Goeree, Sandrart, Hoogstraten, Richardson, Coypel, Dolce, Turnbull. From these texts, core terms in their contexts are extracted and compared in order to analyse the changing dimension of words and meanings, focusing on definitions within their proper context of use and in relation to the artistic practice. The aim of the project is to provide innovative tools to the academic community for the analysis of artistic production of the seventeenth and eighteenth centuries.

This transdisciplinary research includes a linguistic, literary and historical dimension. Its purpose is threefold:

Three elements have been made available as open access:

- A series of articles and studies dealing with methodological and specific issues or themes can be accessed via the online platform Oapen.

- A dictionary of terms and concepts, organised in multilingual entries with cross-references in Latin, French, Dutch, German and English including bibliographies and references to art works. This dictionary provides a diachronic (evolution of the artistic terminology between 1600 and 1750) and synchronic (related artistic practices in France, Germany, Netherlands and England) perspective on art theory

- A database brings together all meaningful definitions or evocations of terms and concepts retrieved from art theory texts and transcribed in their original language, with translations for rare languages ​​(Dutch). This tool assembles all citations and definitions of 1200 terms in each of the studied languages and makes it possible to follow the evolution of the meaning of one specific term, as well as its dissemination in time and place (Europe north of the Alps). A digital library gives direct and on-line access to all the texts of the corpus.

The TCDH team took on the software adjustments and the UX design:

The Trier Center for Digital Humanities (TCDH) supported the LexArt project with the virtual research environment FuD with functionalities adjusted to the project. FuD allowed the researchers working in different locations to gather the relevant data simultaneously via collaborative access and to edit and annotate the excerpts together in a shared workspace. In addition to that, the TCDH has developped the LexArt online presentation. Finally, together with Huma-Num, the TCDH is responsible for the long-time maintenance of the website.