Conference: Book Art and Image Design around 1000. The Discourse of the Ottonian Era 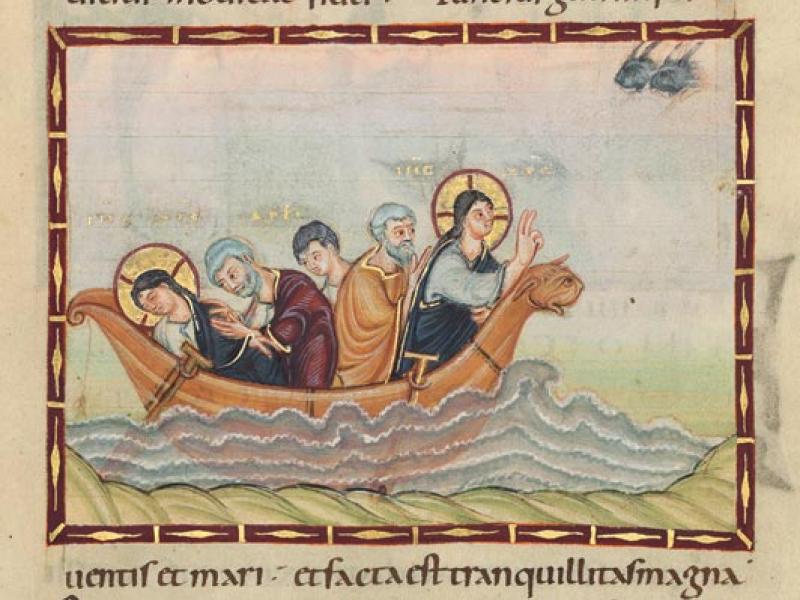 Conference
Egbert-Codex, Stillung des Sturms (Wissenschaftliche Bibliothek der Stadt Trier, Signatur Hs. 24)
After the fading of the court schools of Charlemagne and Charles the Bald, it was the era of the Ottonian emperors that brought about a new flowering in the production of precious manuscripts. Monastic centers such as the island of Reichenau or the studios of the great episcopal cities of Cologne, Hildesheim, Regensburg and Trier, for example, created works of supra-temporal value and international standing and renown. Many of the manuscripts created there are part of the cultural heritage of the Middle Ages.

The aim of the Trier conference is to investigate the specific profile of book art around 1000. The leading question is: Does Ottonian art possess a distinct quality of artistic expression that can be objectively distinguished from the preceding Carolingian and the following Salian epochs?

Keywords: Manuscripts, Dissemination and Community Building in the DH