Literary scandals of the Romantic period 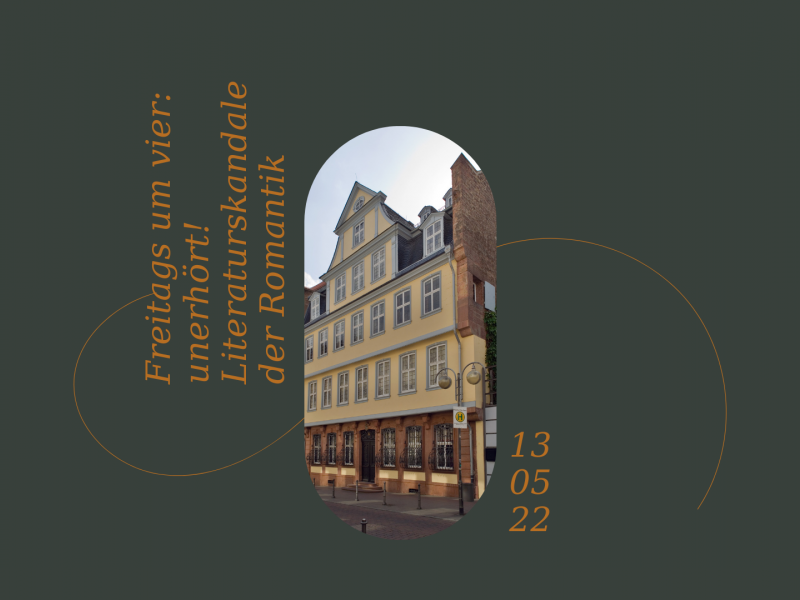 The modern communication phenomenon of scandal emerged around 1800 in a phase of social liberalization and differentiation and was strongly reflected in literature. It also plays an important but also dangerous role in our digital society, which is why it is worth asking about its causes.

On the platform of the digital museum project 'Scandal CULTURE reloaded - Exploring Literary Affairs INTERACTIVELY', five historical literary scandals are presented and prepared for a young audience. In doing so, elements of the scandal culture of social media, which is omnipresent to us today, will be combined with an introduction to literary conditions around 1800 and critically reflected upon.

The platform, which will be presented and activated at the event, was created in collaboration with the Trier Center for Digital Humanities, filmmaker Thomas Claus, and students at Goethe University Frankfurt am Main.